Spreading the Light, Casting the Net

The Grandmothers say, "Cherish the daughters as you cherish the Mother, as all are her daughters. Pass this on, to the younger ones, the older ones, to others who don't have it. Pass it on." 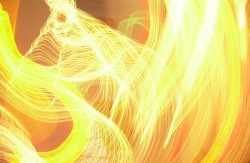 "Little did I know one September day in 1996 while walking my dog beside the beach near my home, that my life would forever be changed. Appearing to me literally from out of the blue, was a group of women of all cultures and dress—regal, loving, wise, and NOT like anything I’d ever before seen in Laguna Beach! Although their appearance was startling, in their presence, I felt power and compassion, and as they spoke I heard wisdom, but most importantly, they spoke Truth. They called themselves the Great Council of the Grandmothers.

At one and the same time, two very different worlds seemed to intersect. Here I was standing in the middle of the pathway walking my dog, waving to my neighbors as they walked by; while at the same time these beings, the Grandmothers, were encircling me. It was surreal, and yet so very real I could not deny it was happening. Then I began to feel something come over me like a garment of light—but with heft to it. They said it was a “caul,” which would reawaken me to the power of yin, the energy of the feminine principle of creation. “We have come at this time in history to save planet Earth,” they said, “to bring the energies of yin and yang back into harmony.”

I came home that day, full of wonder, more filled with peace and contentment than I could ever remember—a changed woman. I was happy but also bewildered. Who were these old women and why had they come to me? Although I tried to find them again and waited for them to return, they didn’t.

Not knowing what I could do to find the Grandmothers, I began to pray for someone who could help me. I pounded hard on heaven’s door and it wasn’t long before I was led to a shaman who taught me a method for reaching the Grandmothers. From that point on, an amazing journey began and for me. And life would never be the same.

I became the Grandmothers’ student and they became my teachers. In lesson after lesson, they placed me in situations that were foreign to me, shocking my mind, shaking up my view of life and forcing me to learn something new. I had lived a pretty tame life before the Grandmothers appeared. I had been and continue to be a simple woman who never expected her life to be so disrupted and so gloriously altered by a group of old women. But the Grandmothers were master teachers and as I said before. They were on a mission. They thrilled and captivated me from the first moment I met them.

They say, “Today yang, the masculine, active principal of energy, is dangerously over extended while yin, the steady holding of the feminine principle, is depleted.” Yin and yang are out of alignment, and this is what is causing the present imbalance in our world, from the dissolution of the family, to the abuse of the helpless, to addictions of every sort, to a horrifying escalation of violence everywhere. This imbalance has reached such proportions that today yang is running wild while yin grows ever weaker and more depleted.
One day the Grandmothers showed me how the run-away energy of yang actually looks. Taking me to the edge of a cliff, they pointed into the distance and told me ,“Look!” I looked to where they were pointing, but all I could see was a moving cloud of dust. As the Grandmothers brought me in closer, I saw an animal that was creating the dust. Racing back and forth, a bull threw up a cloud as it ran in a frenzy, straining to break free of the tether that held it. Slobbering and snorting while the steam rose from its back, the bull’s eyes were wild. Crazed with the frantic effort to free itself, it flung its body from side to side. Frightened, I jumped behind the Grandmothers as the bull thundered past. The rawhide tether that held it looked ready to snap.

“What we are showing you,” the Grandmothers said, as I stared at the frenzied beast, “is the energy of yang as it is on Earth today. Wild, increasingly frantic and run to the end of its tether, the energy of yang is unable to stop itself. Without the intervention of the steady, holding energy of yin, yang is now out of control.” As I watched the red-eyed, snorting bull I saw what they meant. The animal could not calm or restrain itself. All it could do was charge back and forth in panic.

The Grandmothers say that at this time in history all forms of life—women, men, animals, plants and minerals—are suffering. Everything is out of synch, out of harmony with everything else. There is no one to blame for the disharmony and chaos on our planet; energy is simply out of balance. But although no one is to blame for this critical state, the first step toward correcting the imbalance of yin and yang on Earth belongs to women. “It can be no other way,” the Grandmothers declare; “for women are the natural reservoirs of yin.” The Grandmothers have come at this crucial time to awaken the presence of the deep feminine, to bring men and women and all life back into harmony.

The Net of Light is one of the Grandmothers’ pivotal teachings. “The Net of light,” they say, “will hold the Earth together” during the upcoming times of radical change. As the energy of yin and yang shifts and then comes back into balance, the Net will provide a loving structure of support for the planet, holding the earth and all life, steady. The Grandmothers say, “The Net is lit by the jewel of the heart. It is held primarily by women.” All people are welcome to the Grandmothers’ work but the Grandmothers explain that it is mostly women who will hear Their message, understand the importance of the Net of Light and use it to help others. “The first step toward restoring balance on Earth belongs to women,” the Grandmothers say. “It can be no other way.”

Today planet Earth and the life it sustains are in jeopardy; the energy of yin and yang is and has been out of balance for several centuries. As this imbalance increases, fear and violence hold sway, horror escalates and loving sensitive souls find themselves depleted and running on empty.

Desperate times call for something new. As humans stand at the edge of the precipice, the winds of change blasting our backs, the universe throws us a lifeline. Help has appeared before us in the form of wise old women, the Great Council of the Grandmothers. “The present imbalance of energy on Earth has placed all life in danger,” the Grandmothers declare. “It is time to return to balance, and for this, WOMEN MUST LEAD. Women must be empowered. This is why we have come.”"

Sharon's books
A Call to Power: The Grandmothers Speak; and
Our Love Is Our Power
are both available from the abovementioned website